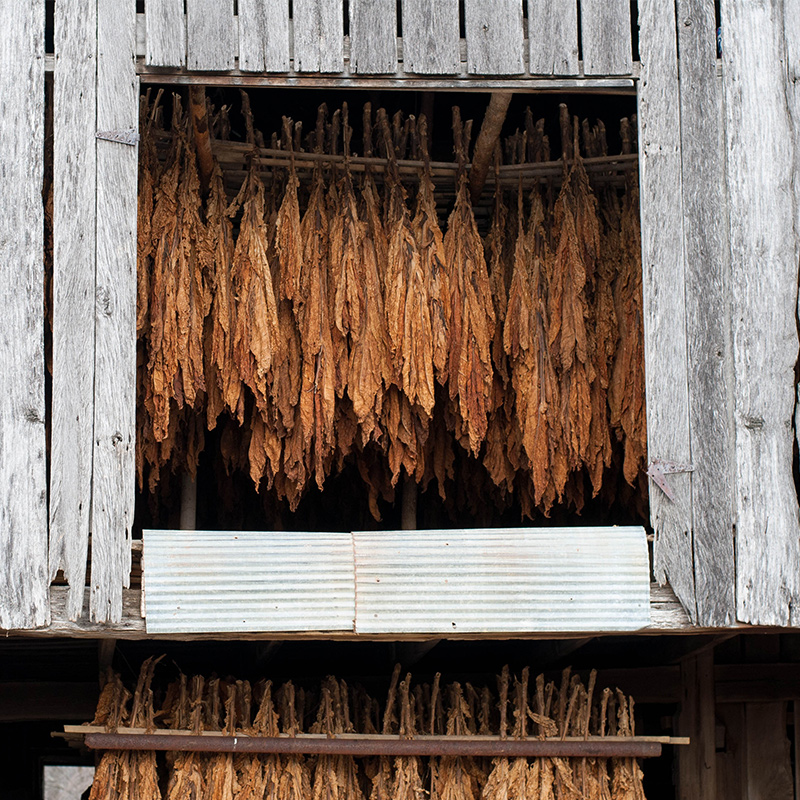 We know, smoking cigarettes and the 7000 chemicals involved is bad for our health and can cause heart and lung disease. However, recent studies that nearly broke the internet for a few days have shown that being a smoker might have made you less susceptible to Covid-19. As unreal as that seamed, it has to be worth looking into although many of the initial headlines have been overrun with counter articles reminding us of the dangers of smoking.

Tobacco As An Anti-Inflammatory

This conversation was initiated by A recent study in France that was published in late April that explains how SARS-CoV-2, the virus that causes COVID-19, gains its entry into human cells by latching on to protein receptors found on some cell surfaces. This is also where nicotine attaches itself to the cell. The idea is presented that nicotine prevents the virus from attaching itself to these cells, potentially stopping the virus from reaching the person’s lung cells. Studies are showing how the Nicotine found in tobacco has an anti-inflammatory effect.  Another study even shows how this anti-inflammatory component to tobacco treats Alzheimer’s as well as delay the onset of Parkinson’s disease.

Nicotine has been shown to alter immune responses by decreasing inflammation, which in turn can affect the secretion of cytokines, potentially avoiding a cytokine storm where the immune system reaches its a breaking point.

Testing of nicotine as immune support to Covid-19 is in its initial stages and there are many factors to consider as current research has been conducted at speed. There have already been many studies examining the benefits of nicotine on the brain and nicotine has become a popular nootropic, mostly in the form of the patch. Nicotine patch wearers who are looking to ‘hack’ their cognitive output say they experience prolonged periods of flow states wearing the patch. Nicotine is one of the only plant chemicals that can stimulate the brain while soothing and calming the body at the same time. This really does explain why ‘social smoking’ is so hard to quit since it provides the smoker with this dynamic duo of support.

Tobacco has been around since 6,000 bc where Native Americans first started cultivating the tobacco plant. Circa 1 BC Indigenous American tribes start smoking tobacco in religious ceremonies and for medicinal purposes. Tobacco first became known to the rest of the world when European explorers in the 15th and 16th centuries saw it being used as a medicine and claiming it can cure a myriad of diseases, from toothache to lockjaw and cancer.

“Tobacco” is a name used for plants of the genus Nicotiana of the Solanaceae (nightshade) family. The name is also used for the product manufactured from tobacco leaves and used in cigars, cigarettes, snuff, and pipe and chewing tobacco. Different species of the tobacco plant, with different characteristics associated with smoking (e.g. fast burning, slow-burning, mild, strong), have become popular in different parts of the world.

Medicinally, Nicotiana attenuata had many uses among the native American desert tribes. Crushed leaves were made into poultices to soothe rheumatic diseases and other swellings and to place on eczema and similar skin infections. The same material was placed along the gums as a cure for toothache.  Smoking was said by the desert Indians to be a cure for colds, and with the addition of Fernleaf, (Leptotaenia multifida), was thought to be particularly good for asthma and tuberculosis. Medicinally the leaves were steamed and used as a poultice to relieve a swollen throat or the body emersed in the steam for those suffering from rheumatism.

Tobacco was deemed to be a wonder drug, capable of inducing a relaxed and calm state before a battle, putting off hunger, and treating all manner of diseases. It was even believed that tobacco was a useful preventative against the bubonic plague. There was great respect for the tobacco leaf. Tobacco became so popular in the late 19th century that a massive industry was created, and with that, as with most things, the problems start to arise. Most tobaccos in the west became mass-produced and grown with pesticides and a plethora of other chemicals. But that was just the growing phase, as they were produced into a market-ready product, further additives such as cyanide and arsenic are thrown into the mix to help them burn.

But above all, the popularity of tobacco throughout the ages is most likely due to the chemical nicotine found in tobacco. Nicotine is considered an addictive substance. As mentioned, it has both a relaxing and stimulating effect and increases both dopamine and serotonin levels, both feel-good neurotransmitters. Tobacco as a stand-alone plant has an incredibly long allyship with human physical, mental, spiritual and emotional wellbeing, Commercial cigarettes took that away when the ‘cancer stick’ business was created.

Medine men and woman or ‘Shamans’ or ‘Shamanas’ of the Peruvian Amazon who work specifically with the tobacco plant are called Tabaquero/a Tabaqueros/and work with both tobacco smoke and a tobacco infusion for cleansing and purification, protection, and visions.

Within this culture, un-exploited pure Tobacco is used as a sacred leaf. It is also considered a ‘master plant’ and ‘teacher plant’ which means it is understood that there is an innate intelligence stored in the genetic coding of this plant that is available to teach us and to heal us.

Tobacco smoke is widely used to cleanse individuals and ceremonial space in the Amazon. The ingestion of the infusion creates a much stronger cleanse, resulting in quick and strong vomiting followed by a secondary more passive phase where the deeper cleansing, rewiring and emotional teachings commence.

Rapé, a powdered tobacco leaf is blown into the nasal cavities to bring a strong awakening cleansing the head and awakening to the entire brain. “No evil spirits can reside where the tobacco dwells”.

Many Tabaqueros of the Peruvian Amazon smoke and ingest insanely large amounts of Nicotiana Rustica, the local strain of Tobacco that contains 9 x more nicotine than most North American species yet show below-average cancer rates within their age and socioeconomic group. 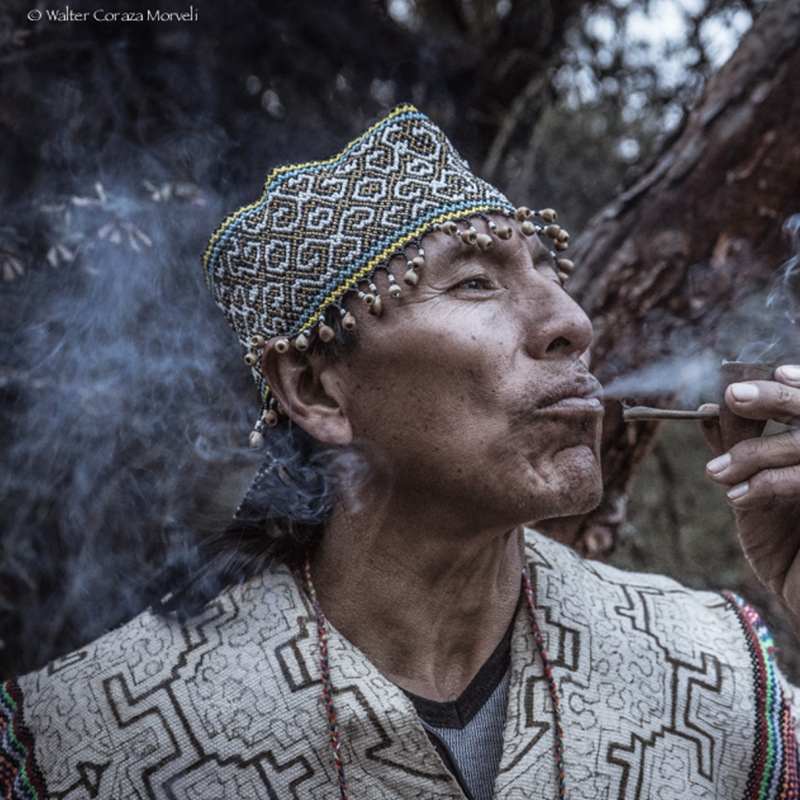 After learning this how to administer the Nasya treatment in India, I brought many bottles of Nasya oil back from Kerala, India to Lima, Peru to incorporate into my detox programs and private practice. Very soon after my return, I had the opportunity to work with a Tabaquero in Iquitos Peru, working especially with Mapacho, a wild variety of Amazonian tobacco leaf.

The similarity between the Nasya treatment in Panchakarma, The Ayurvedic detox methodology-the and the tobacco treatment with rapé (powdered tobacco leaf blown into the nasal cavities) was uncanny. The familiar intensity of the cleanse and the sensation of relief throughout the entire head was a moment of inspiration for me, the inspiration to formulate my own Nasya Thailam with the powerful Mapacho plant.

I was so excited when about a month ago research was appearing correlating tobacco smokers with a COVID resistance, a real inspiration to remake more of my Mapacho Thailam for Nasal administration. And of course to re-visit the research on Nicotine.

It is an honour to still work with this sacred plant in an Ayurvedic context and with very ‘new-science’ implications. 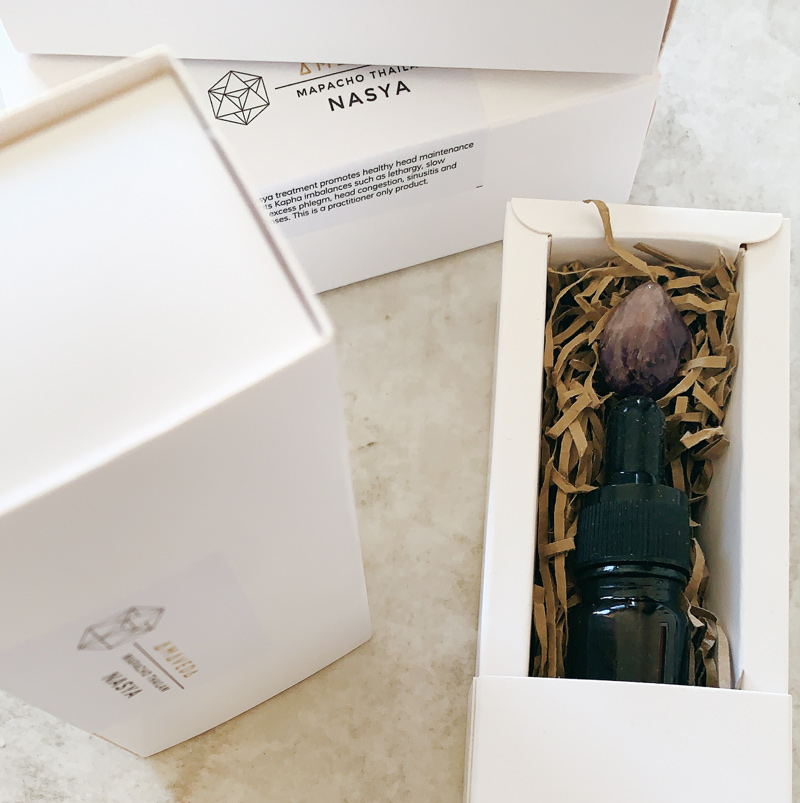 These are 5ml bottles of tobacco oil made with Peruvian Mapacho tobacco macerated in hemp and sesame oil to be administered into the nasal passage as a Treatment for cleansing, or as a lubrication layer of protection. Topped with a Peruvian Amethyst for the corona chakra.

Get in touch emily@ama-veda.com if you would like to purchase for yourself or to gift someone in need.